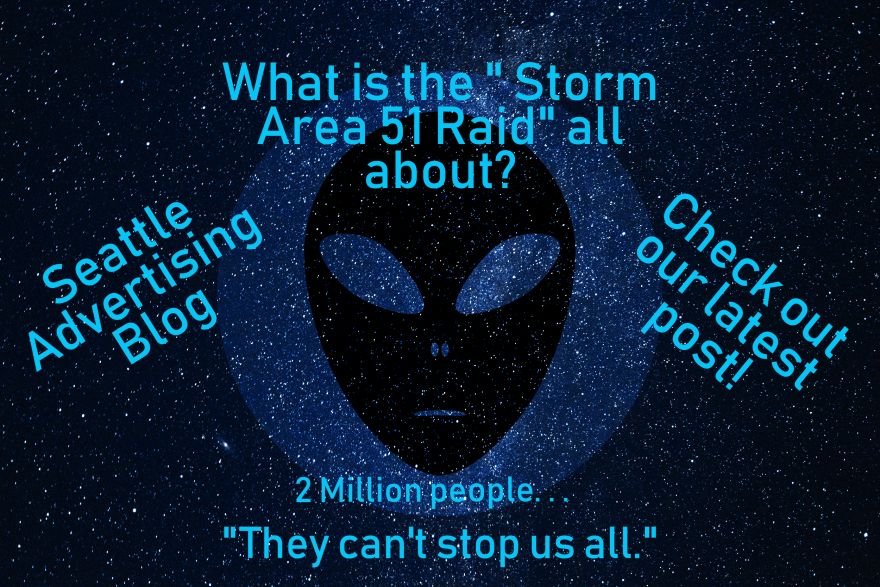 Storm Area 51. It’s lightly guarded and it can’t handle a mass of people. Let’s go and see them aliens.

In terms of reach, it’s a meme that has digital marketing professionals salivating. With over 2 million people checking in for the September 20th event, it’s gone far beyond the initial joke and taken a life of its own. There are apparently a million people out there who love the idea of storming a secretive government facility to see what’s inside, and the internet has come alive with people looking to take advantage of the phenomenon.

Like so many other things, this particular bit of digital wackiness started off as a joke. By this point in time, the secret of what’s at – or at least, what’s not at – Area 51 is actually pretty well known. The Nevada base has, at least officially, been home to some of the Air Force’s most secretive technology tests. More importantly, it has been long since confirmed that while there are some interesting things going on at the base, there definitely aren’t any aliens present.

It’s beyond certain that the meme was started by a few people who were looking for a few laughs, but it’s actually managed to show just how far you can get with some creative digital advertising and a bit of word-of-mouth digital marketing. The huge number of people who are signed up are largely doing so to become part of the meme, but there are doubtlessly some who do take the whole thing seriously.

For most, though, this phenomenon has become a way to have fun. The thousands of memes that have been spawned from the original post are there own form of digital advertising, spawning more parodies of the original event and driving even more people towards the Facebook sign-up page. There are even dedicated people who spend time talking about what might actually happen if even a small percentage of those who signed up actually do decide to take a drive out to the desert in Nevada.

As you might expect, there are certainly a number of businesses and websites that are taking advantage of the whole situation. You can pick up plenty of Area 51 raid merchandise across the web, find menus for your Area 51 raid party, and even find groups of like-minded people who are looking to make connections at the event. It’s a joke to be sure, but one that’s taken on a life of its own. It’s become so big that Li’l Nas X (yes, he of Old Town Road fame) is willing to go out and perform if the event actually happens.

It seems like the only places that aren’t really prepared for the ‘raid’ are those areas that are closet to the event itself. A sudden influx of millions of people would be disastrous, as the area surrounding Area 51 isn’t exactly booming with the types of services that you would need to support millions of visitors. There are actually significant worries about the safety of those who do choose to take the meme seriously and see it through to its logical conclusion.

At the moment, the event is just a fantasy, one that still has over a month left to fizzle out. For the time being, though, it’s very easy to see this event as a triumph of marketing even if the initial push was nothing more than a joke. The power of the internet to bring people together is quite real, even if the end goal in this case isn’t very realistic in and of itself.