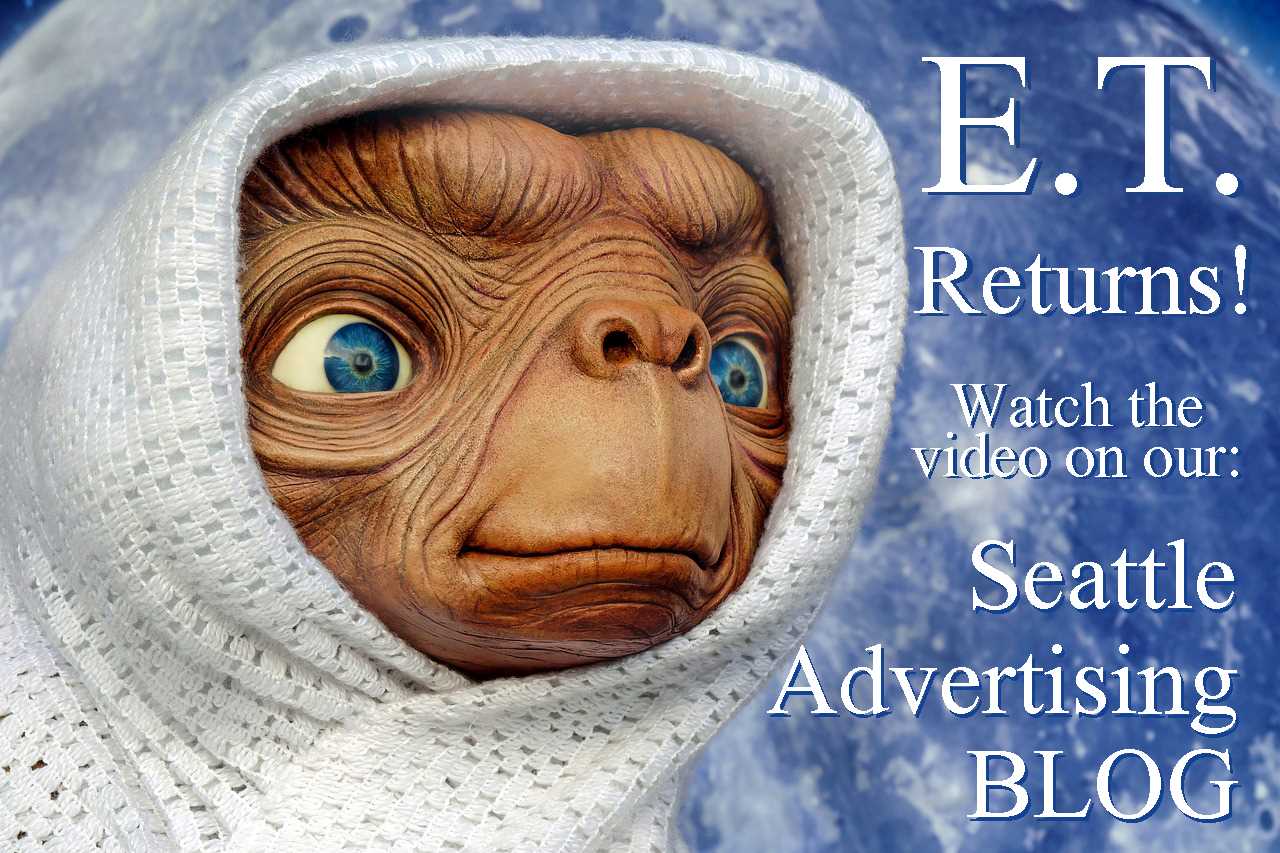 In this new holiday commercial, the 2-minute ad opens with two children playing around a home at night, illuminated by hundreds of seasonal decorations.

After only a few seconds, the lights dim and flicker for a moment or two before the camera changes, giving the viewer a higher view of the neighborhood and a glimpse of a strange, blue glow emanating from the forest right behind what’s implied to be the children’s home. The camera transitions to an internal shot, with a woman, presumed to be the kids’ mom, and a man, pausing as the two somehow understand that these brief moments of dim light mean something.

The camera goes back to the kids, opening up a wooden fence to investigate the backyard with a flashlight. As the boy scans the area, his light falls on a snowman with something odd being used for the limb. After a beat, the arms are revealed to belong to an alien, specifically Stephen Spielberg’s “E.T.” from the titular film of the ’80s. After sliding out from behind the snowman, E.T. tries to greet the children, only for them to scream and causing him to scream in response. The screaming goes back and forth for a few seconds before both sides stop. E.T. then speaks Elliot’s name in a questioning time, as if wondering if the kids can point him to his childhood friend.

As if on cue, Elliot shows up, runs over and kneels to get eye-level with the alien, joyously exclaiming “You came back!” Elliot then turns his back so that he can show his whole family to E.T. The camera then cuts to everyone inside, with Elliot preparing a meal and explaining that a lot of things have changed since 1982, while E.T. absorbs information from a tablet. E.T. is then introduced to the internet, virtual reality, and a voice-activated entertainment center set to Sky’s movie channel.

Eventually it gets late enough that the kids have fallen and Elliot catches E.T. in a room, observing a hologram of what Elliot observes to be E.T.’s family with E.T. pointing to the stars and saying “home.” One shot later and E.T. is using his powers to allow Elliot’s two children to fly on bikes just like he did with Elliot’s posse. In the next shot, the family is back together in a snowy woodland and E.T. tells Elliot’s son “I’ll be right here,” pointing his lit finger to the boy’s heart. E.T. then leaves on his ship and the camera goes back to the family with the son’s chest now showing a noticeable light in his chest. Reaching for said light, the boy grasps the same holographic orb that E.T. was using earlier. The last shot of the trailer is the text “Reconnect this Christmas” against a background of photos attached to a refrigerator.

While Spielberg may have directed the 1982 film, this entire venture was handled by Lance Acord, a man responsible for cinematography on films like “Where The Wild Things Are” and “Lost In Translation.” Amazingly, Acord and collaborator Universal Pictures were able to hire Henry Thomas to reprise his most well-known film role for the project. It was Drew Barrymore’s role as Gertie in E.T. that caused her star to begin rising, having appeared in only one prior role.