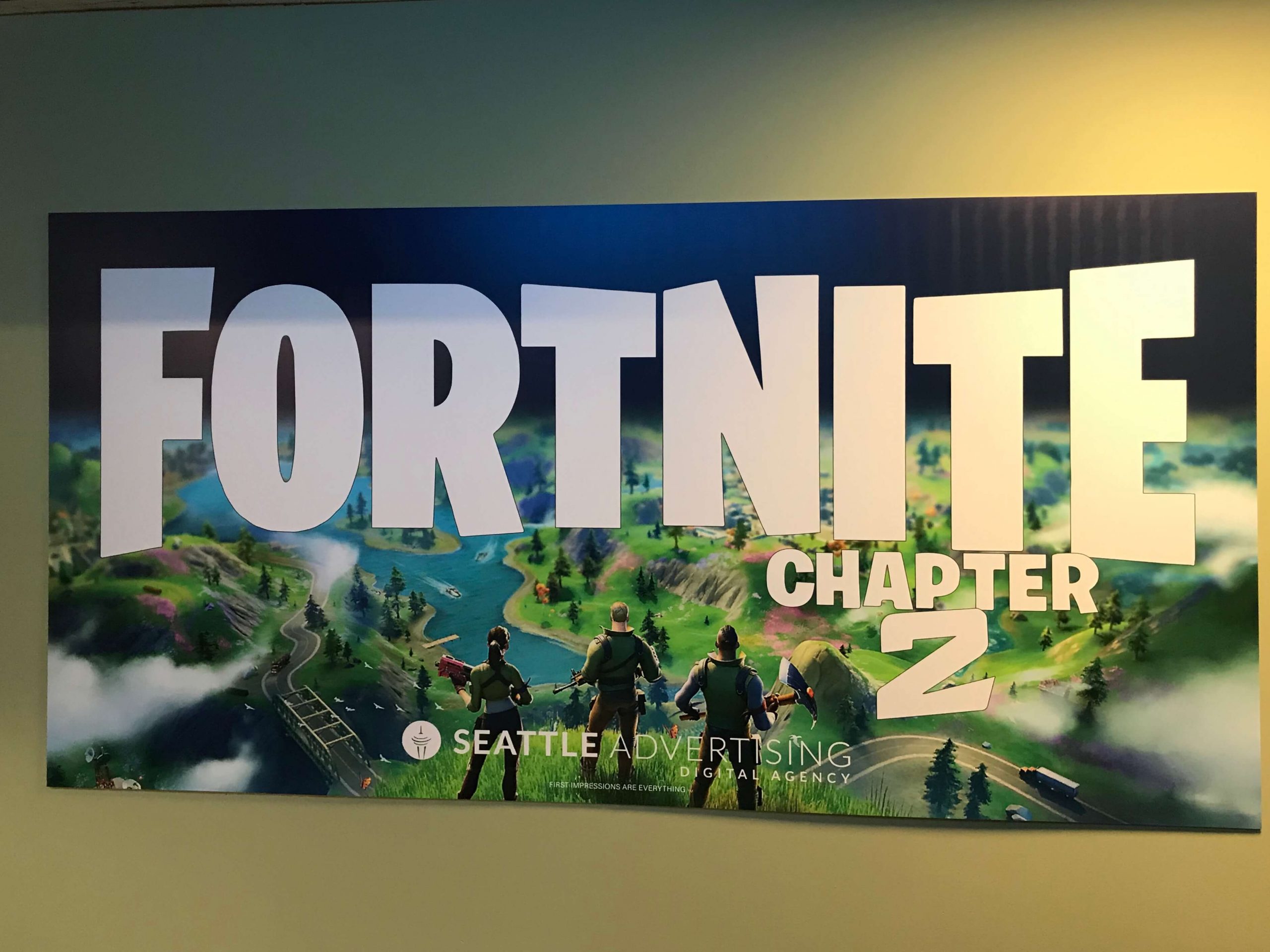 Fortnite Chapter 2 gets new additions with the new Top Secret update! It comes with new and interesting locations to explore as you battle against other players and collect loot. New Points of Interest include a giant luxury yacht, an oil rig, a fortified volcano hideout, an island mansion and an agency headquarters in keeping with the Top Secret theme of the new season.

We will take a look at all the new items, locations, weapons and more in this special Top Secret Fornite edition post for our Seattle Advertising Blog!

First and foremost, here is a list of unvaulted weapons that you can collect during the course of your gameplay in FortniteChapter 2 Season 2:

Boom Bow: Although nerfed down to 75 damage, this fan-favorite still packs a punch!

Drum Gun: One of the most powerful weapons in the game, was first brought back during the “Unvaulting Event” of May 2019, the Drum Gun is back as a Mythic Weapon.

Heavy Sniper Rifle: A devastating headshot multiplier of 2.5x makes this a true “One Shot” weapon.

Remote Explosives (C4): Drops in stacks of 3, can carry max of 6. C4 is able to destroy almost anything.

Minigun: The ultimate Spray and Pray weapon, now with headshot multiplier of 1.5x.

Suppressed Assault Rifle: Uses medium bullets and has a headshot multiplier of 2x.

Burst Submachine Gun: Eliminate Henchmen to get this weapon. Melts through builds with rapid-fire! The Burst SMG has made its way back into the game. Enjoy it while you can, this is one of all-time fan-favorite weapons in the game.

Decoy Grenade: New throwable that creates a clone of your character that will run, swing pickaxe, and even fire at enemies.  Makes for the ultimate decoy attack!

Here are the vaulted weapons that are not currently in the game:

Damage Traps: You’ll be hard-pressed to find a player who is upset about this one.  Vaulting the traps was long overdue, and is a welcome change in Season 2.

Compact SMG/P90: The Purple and Gold variants have been vaulted.

Bolt Action Sniper Rifle: With Heavy and Suppressed Snipers back in the game, this one had to go.

Mythic weapons are weapons that are high-value variants of unvaulted weapons found in hidden areas of the arena map. There is only one Mythic weapon of each in the game.  From what we’ve seen, Mythic weapons are also ridiculously overpowered. These are game-changing weapons, that can significantly increase your chances of a Victory Royale. They are also the toughest weapons to acquire as you mush defeat an in-game mini-boss, with higher than normal health.  They also will use the Mythic weapons against you when you attack them. The current Mythic weapons in Fornite are:

TNTina’s Boom Bow: Easy Snipes with the Boom Bow, also deals explosive damage. One of the best weapons in the game.

Brutus’ Minigun: The most powerful of all the Mythic weapons. Easily destroy builds and laser your enemies with this extremely OP weapon.  This Mythic variant has limitless ammo, and will continuously fire without stopping.

Meowscles’ Peow Peow Rifle: A stronger variant to the Heavy AK that is more effective and stronger. Bloom and recoil are not nearly as pronounced as the regular Heavy AK.

Skye’s Grappler & SCAR: Laser your enemies with no recoil, Skye’s scar is the most OP assault rifle we have ever seen in Fortnite.  Add to that Skye’s Grappler with unlimited usage, and the Victory Royale is yours to lose.  Enemies will have lots of trouble going against a player with both Mythic weapons.

Secret tunnels are now included in the arena, including Blue Steel Bridge, Pleasant Park, the Shadow Safe House Alpha Dumpster and the Porta-Potty. There are also additional entrances around Pleasant Park, including the southern end of the park and the Gas Station.

The new add-on has made additional changes to the gameplay for Fortnite Chapter 2. Namely:

All weapons are now of blue rarity or better

Bandages have been removed from the game

The elimination goal is increased to 125

Did someone ask for Deadpool? Wait no longer, as the “Merc with a Mouth” gets his own skin featured in Fortnite. If you want to collect it as part of your inventory, you will first need to complete a quest to find his letter to Epic Games hidden inside the trash-littered floor of the hero base.  Chimichangas anyone?

New for Chapter 2 Season 2, during the course of the season, you get to pick new skin variants, Ghost or Shadow. Members of the Ghost Faction is dressed mostly in white, while the Shadow Faction is dressed all in black (which gives them a stealthier look). Whichever faction you join with will also determine which variant you receive from the battle pass skins you get throughout the season, so choose wisely.

Chapter 2 Season 2 has a total of 5 hidden vaults spread across the map. They are:

The Grotto: You need to travel to The Grotto, where a henchman named Brutus will be guarding the entrance to the vault and try to take you down. Keep in mind that Brutus uses a minigun so you will need to be careful when you fight him.

The Yacht: On the northeastern section of the map you will find The Yacht floating nearby. In order to access the vault, you need to find Meowscles. He is located in the main room grouped with several henchmen.

The Shark: Situated in the northwest of the map, the last vault is tucked on an island that is shaped like a shark. You will encounter a boss named Skye, who is the toughest of all the bosses. Once you defeat her, you are able to collect her keycard and weapon. The vault is located within a basement, where you will need to equip a disguise to bypass the turret defending the entrance and get inside.

At the time of posting, Fortnite released an update that brings back the Supply Llama, and adds a new weapon, Proximity Mines! Deals 50 damage and shows enemy location after detonation.